In the wee hours of last Thursday morning someone set a new construction house on fire in my neighborhood of Maple Leaf near Greenlake. The fire completely consumed the construction site and destroyed the two adjacent homes. The Seattle Fire Department has determined that the blaze was arson.

In fairness, we don’t know what motivated this person to light this fire, but this neighborhood (like many in Seattle) is experiencing rapid change in the form of new construction, density and skyrocketing housing costs. In many ways this new construction house that was burned to the ground is sort of emblematic of all of those concerns. The house was enormous, probably 3,000 square feet when finished and was sitting on a normal lot of about 4,000 square feet. It was outsized relative to the smaller homes in the neighborhood and it was probably going to go on the market at over 1 million dollars. The last four new construction houses in this neighborhood sold for 1.09-1.3 million each. The last three townhouses sold for over $500,000. These prices don’t represent affordable housing, but then again not everything is supposed to be or should be “affordable”. 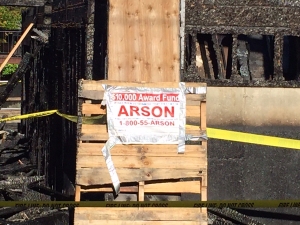 The Maple Leaf neighborhood was an eclectic demographic mix of upper blue collar, managerial classes and academics (it’s near UW) for years. I’ve heard it said that the typical Maple Leaf resident has a twenty year old Volvo in the driveway with a Dennis Kucinich bumper sticker. I’ve seen that Volvo while walking my dog but I also see a lot of pick-up trucks and, now, BMWs, Lexus SUVs and other luxury cars. Things are changing and that change is exclusive in nature and determined by money. If you can’t afford million dollar homes you’re excluded and I’m absolutely certain that that can be infuriating if this is your neighborhood; if you defined what it meant to be the Maple Leaf neighborhood and now you have someone in a Tesla swooping in and taking your parking spot at Cloud City. Change is hard and change you can’t participate in is harder. 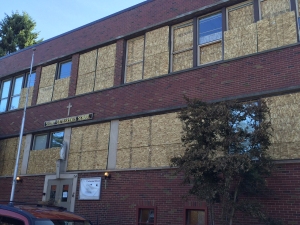